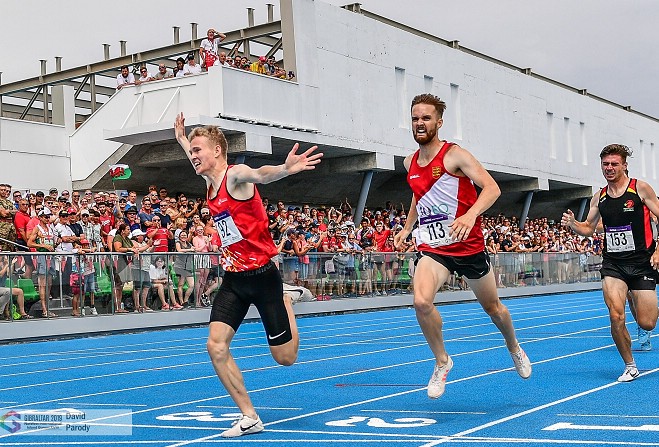 Isle of Man is preferred host for 2027 Island Games

One of the Manx gold medallists at this year's Island Games believes athletes from the Isle of Man would receive an amazing reception in front of a home crowd.

The International Island Games Association announced this week that the Isle of Man is the preferred host for the 2027 Games.

David Mullarkey was one of numerous Manx competitors to stand on the top step of the rostrum in Gibraltar, winning a closely-fought men's 1500m race, in addition to silver in the 800m.

He believes it would be a great atmosphere: