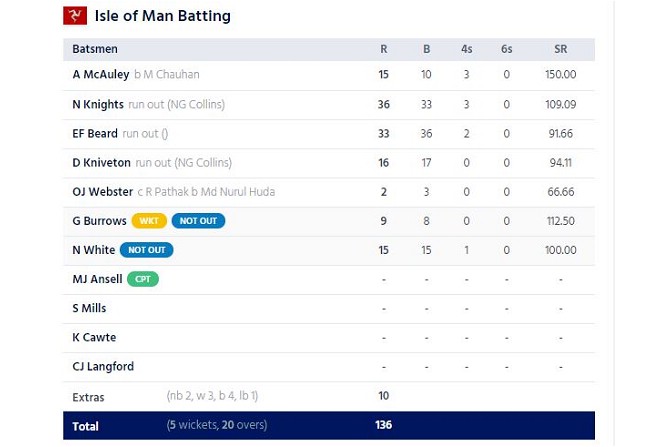 Win by 14 runs on Duckworth Lewis

The Isle of Man cricket team had a mixed opening day of play at the European ICC T20 qualifying in the Netherlands.

The team lost their first group game to Belgium, but fared better in a win against Finland that was heavily blighted by the weather.

Out to bat first, the Manx batsmen hit 136/5 at the VRA cricket ground in Amstelveen, with the Finnish side reaching 34 for 3 after 7 overs in reply.

However, umpires then made the decision to abandon the match after heavy rain put a stop to the afternoon's play.

The Fins had some players out on the edge of the field with a ball in hand 'looking like they wanted to play' whilst umpire Jesper Jenson was carrying out checks on the state of the pitch, but it wasn't to be.

With more than five overs bowled in the second innings, the Duckworth Lewis prediction method was used, which awarded the Manx national side the victory.

The Island team still have Spain and group favourites Italy to play.