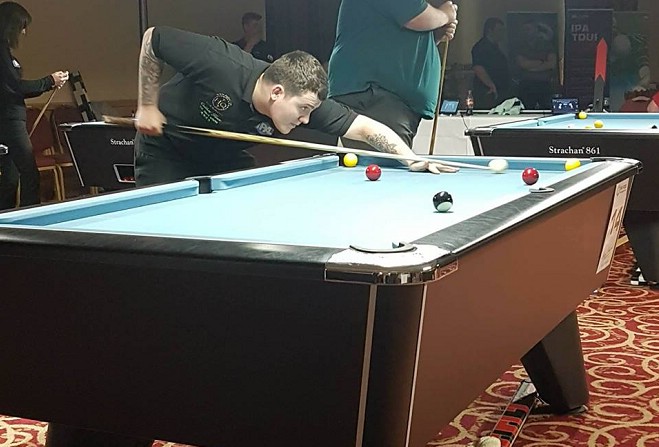 Addinall, Caines and Gardner on cue in Bradford

Three Manx 8-Ball Pool players have travelled to Bradford to compete in the 2018 English Open competition, which starts today (Fri 11).

David Addinall is entered into the 'professional' tier event, and plays England's Simon Webb in the last 64.

He'll be looking to continue a good run of form, after causing a major upset in beating 2016 world champion Gareth Hibbot 6-4, live on Freesports TV just over a month ago (9 Apr).

Two of the Island's other top players have also made the trip, entering into the 'amateur' tier event.

Ian Caines and Calum Gardner will be looking to follow in Addinall's footsteps, and progress through the ranks - all three players have entered into the 'open' competition, too.

19-year-old Calum Gardner, who is making his debut to the top level of competition, took time out of practice to tell Manx Radio how he got into Pool.

For more information, fixtures and results, go to www.ipapool.com.