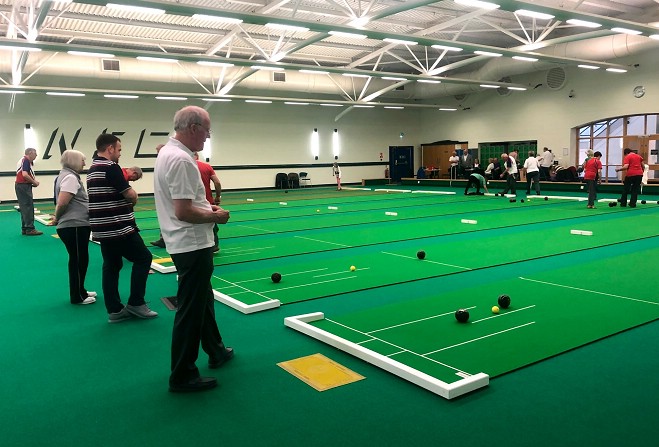 A final end tie from Collin Holland stopped Stephen Gale from claiming the maiden Isle of Man Singles League title this evening after he scored a 2 to finish 9-9, while Steve Durcan won both his games tonight to force it to go to a final week.

Durcan won both his games with 9-5 win over Christine Holland and a 15-9 victory over Harry Minor.

Meanwhile, Stephen Gale got off to a 9-6 win against Jayne Smith before a fight back from Collin Holland meant that he would go to the final set of games with a 1 point advantage.

That point for Collin and a win earlier in the evening over Sheila Durcan meant that he remains in third place, 5 points back from Durcan.

Harry Minor edged Seamus Whelan in his opening game which keeps him ahead of Jayne Smith despite an 11-6 victory for her over Sheila Durcan, thanks to Minor’s head-to-head win over Smith.

Seamus Whelan took a 10-6 win against Christine Holland, which puts him in 6th, with Christine and Sheila 3 points further back.

Next week, the final games will be played on Wednesday, 25 November, with Stephen Gale playing Sheila Durcan and Steve Durcan facing Seamus Whelan.