On Air Daybreak George Ferguson | 6:00am - 9:30am
Michael Buble - It's A Beautiful Day Download 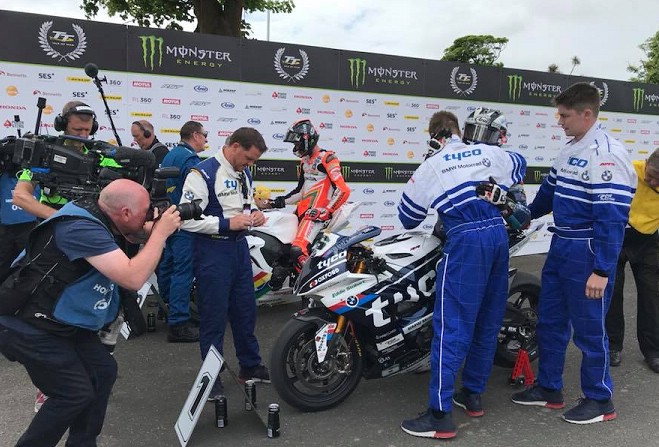 He finished in second position behind Michael Dunlop.

After an emotional week for the Tyco BMW team, Michael dedicated his win to teammate Dan Kneen who was killed after an incident in practice.

James Hillier finished in third place, and it was a record breaking race.

The fastest ever lap of the TT course was put in on lap one by Dean Harrison.

From a standing start on his Kawasaki, the Bradford rider did 134.432, breaking the previous held by Michael Dunlop which stood at 133.962.

He was holding an impressive lead in the first two laps before Dunlop started to reduce his advantage.

But on the fourth lap Harrison retired at Sulby Crossroads.

Dunlop also broke the overall race record with a time of one hour, 44.398 seconds.

Local rider Andrew Dudgeon who started in 44th position was up to 29th in the leader board until he was forced to retire in the pits.