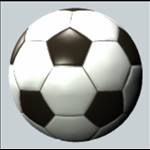 Marown slumped to defeat at Braddan on Saturday in what could be a fatal blow to their promotion hopes.

Douglas Royal are the new leaders of CFS Division Two.

They’re in that position for the first time this season after seeing off the spirited challenge of Douglas and District.

Craig Dolman, Dave Skillen and Sean Valentine all found the net – there was also an own goal – in the 4-1 success with Paul Craig getting the home side’s consolation.

James Teare was the hat-trick hero as Ayre walloped the Police to move up to second.

Matthew Montgomery, Tony Corlett and Jason Craine netted the others for the Tangerines in a 6-0 romp.

Ramsey Youth Centre turned on the style to stun Pulrose 5-0 on their own turf.

Sam Renshaw, Steven Leece and Juan Kinvig were the goal-getters for Colby but the hero was the in-form John O’Brien who scored a hat-trick for the Rockets.

Onchan came from behind to win 4-2 at Malew.

A Craig Howard double had given Malew a 2-1 lead at the break but Mike Cherry, regular marksmen Craig Marsh (two) and Mike Spencer sealed the points for Onchan.