Martin Finnegan is killed at Tandragee 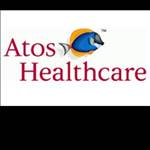 TT star Martin Finnegan has been killed while racing in the Tandragee 100 meeting in Northern Ireland.

The 29 year-old from Lusk died at the scene.

Racing was abandoned after the incident, which also involved three spectators, two men and a woman who have been taken to hospital.

It’s understood the spectators do not have life-threatening injuries.

Finnegan had a clutch of fourth place finishes in the TT and also a podium spot thee years ago and was widely considered to be a TT winner in waiting.

He had won the junior race earlier in the day.

A year ago this weekend, another TT regular John Donnan died in the same event.

He leaves a wife and baby daughter.