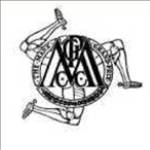 He was 38-year-old Richard Bartlett, an engineer from Longfield Hill in Kent who was making his MGP debut.

The MMC statement says he was fatally injured when he came off his 600cc Honda near Kerrowmooar.

The club is expressing its sincere sympathy to Mr Bartlett's family and friends and says it's investigating the circumstances surrounding the incident.