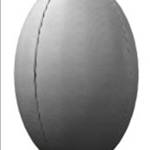 Jamie Moffitt was the hero as Michael defeated top-flight Ramsey in the Cu-Plas FA Cup preliminary round on Saturday.

He hit a hat-trick and was joined on the scoresheet by Paul Corlett as the westerners defeated Ramsey 4-1.

There was drama at Andreas as Ayre United knocked out St John’s in a penalty shoot-out.

The sides were level at 1-1 after Liam Harrison cancelled out Matthew Montgomery’s first half opener for Ayre.

And, with no further goals in extra-time, it was the home side who held their nerve in the shoot-out to earn a first round home tie against Gymns or Malew.

Laxey turned on the style to thrash Rushen United in the tie of the round.

The sides had drawn 2-2 in the league just a fortnight ago.

Holders Peel progressed with ease, as expected, against lowly Jurby.

A hat-trick from Kerron Christian, two from Scott Mylchreest and one each from Tony Duggan and Marc Kelly, secured a 7-0 win for the westerners at Douglas Road.

Marc Priestnal was the star with a four goal haul.

Johnny Myers was also on form with a hat-trick, while Frank Jones grabbed the other.

Champions St George's overcame a spirited challenge from Division Two side, the Police, before emerging 5-1 winners.

A hat-trick from Mark Wolfenden fired Onchan into the first round as they came from behind to defeat Braddan 4-2 after extra-time.

In an exciting game, James Ramsey and Nick Ford had given Braddan a 2-1 half-time lead.

The match was level at 2-2 after 90 minutes but it was Wolfenden-led Onchan who proved stronger in extra-time.

Daniel Bentham scored the other for the home side from the penalty spot.

Foxdale belied their lowly league status to give Union Mills a scare before the Division One side emerged 4-2 winners at Billy Goat Park.

David Thomenny was the star for the Millers with a hat-trick.

Michael Nash was the other scorer with Alex Cowley netting both for battling Foxdale.

Colby showed their class with a 4-0 win over Castletown in the southern derby, thanks to doubles from James Cain and the prolific Furo Davies.

Ramsey Youth Centre put up a fight but went down 4-1 at home to Corinthians, whose scorers were Jamie Stoy (two), Stephen Glover and Chris Cannell.