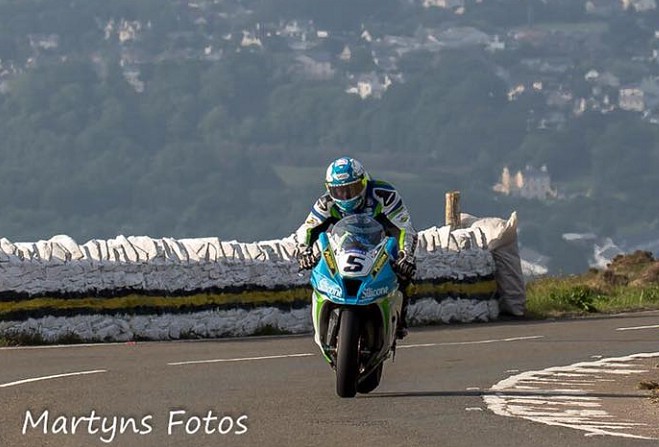 Dean Harrison was again the man to beat, completing a stunning lap of 133.462mph on just the second qualifying session for the superbikes. He unofficially broke the Superbike lap record and also became the second rider to lap the Mountain Course in less than 17 minutes.

Manxman Dan Kneen was flying too and his lap of 132.258 was almost 2mph up on his best lap set in last year’s RL360 Superstock race while Peter Hickman was again impressing at 132.169mph.

Meanwhile, the newcomers again improved over the course of the evening with Davey Todd quickest on his 1000cc Suzuki at 121.97mph

Not to be outdone by the solos, the Formula Two Sidecars were also setting a formidable pace and John Holden/Lee Cain scorched round on their opening lap at 115.732mph, which was only three seconds outside their personal best. The Birchalls lapped at 115.145mph

Tonight's (Wed) session is due to get underway at 18.20 to 19.40 with Superbike/ Superstock / Supersport/ Newcomers (except Lightweight) with the Sidecars out at 19.45 to 20.40 and the TT Zero bikes getting their first qualifying laps in at 20.40.