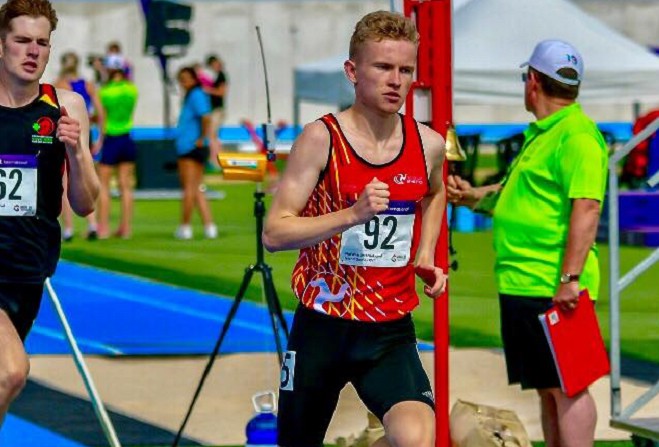 The Island's long-standing 1500m record has been smashed in a Commonwealth Games qualifying time.

David Mullarkey is a man on a mission after competing in the recent British Miler’s Club Grand Prix meeting in Manchester.

Racing in the 1500 metres, the Leeds Beckett student finished seventh in the ‘A’ race, clocking a time of 3 minutes 42.97 seconds.

The time beats Keith Gerrard's long-standing Isle of Man record (set in 2011) by 4.55 seconds, and is more than half a second inside the consideration standard for the Birmingham 2022 Commonwealth Games.

With 400 metres to go David was looking strong on the back of the leading group, but then very nearly got caught up in a collision between two of the leading runners.

He had to slow to avoid them which lost his momentum, but still finished strongly to clock a time inside four-minute-mile pace.

Having come very close to the Commonwealth consideration standard for the 5,000 metres recently, David will be confident of achieving that also this season to add to his growing reputation on the British athletics circuit.

David is delighted to welcome new sponsor Peel Holdings as he continues his athletics journey.