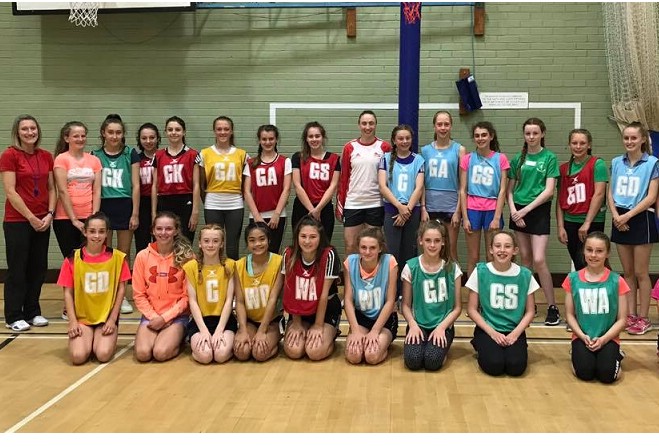 Youngsters got the opportunity to follow in the footsteps of the pro's as they learned skills, drills and match plays used by the England netball team.

Clarke, England's most capped player and recent Super league winner, took a break from dominating leader boards to give aspiring Manx netballers some words of wisdom: