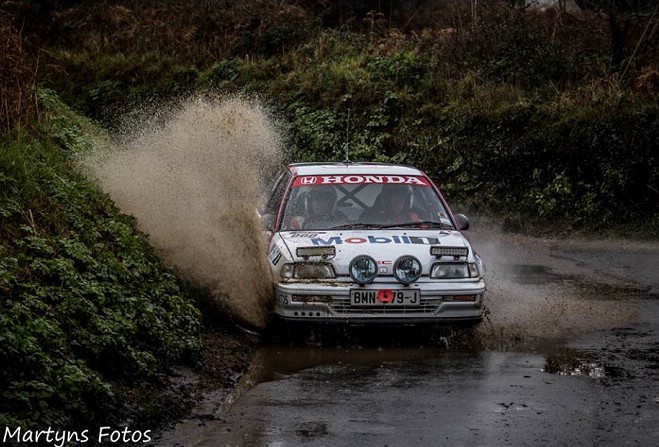 Newby took a six second advantage over Mull driver Paul Mackinnon and Tom Woodburn (Ford Fiesta R5) into the second day, but the Scottish driver punctured on the opening stage of the morning in The Curraghs to drop a further 41 seconds.

On the middle loop of stages in the north of the island, Mackinnon then lost the power steering, dropping a further minute.

Welsh crew Tomas and Eurig Davies climbed to third on the fast and flowing stages as rain came and went, until they broke a driveshaft on SS13 Andreas, putting them out of the rally.

That left Nigel and Kayliegh Cannell briefly in third until their Mitsubishi Evo IX developed a misfire and they were overhauled by Michael Dunlop and Rob Fagg (Ford Escort MkII), who scored a superb podium finish despite a run up a bank in The Curraghs in the slippery conditions.

For Cannell there was the consolation that fourth place brought with it a fourth Motor Mall Manx Rally Championship title.

Forty-seven of the 77 starters made the finish, with reigning Manx champions Daniel Harper/Chris Campbell an SS1 retirement in their Mini WRC and Paul Bird/Jack Morton sidelined after gear selector issues and a crash as a chicane on SS7.