No joy for Island sides 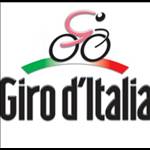 It was a disappointing day for all three Manx rugby sides in the South Lancashire Cheshire leagues on Saturday.

In Division One, Vagabonds went down 17-6 at Oswestry.

The home side led 7-0 at the break but two Tom Chamberlain penalties kept Vagas within touching distance until the closing 10 minutes when Oswestry notched a further 10 points to seal the win.

In Division Two, Douglas suffered a third successive defeat, going down 19-12 at home to Ruskin Park.

Tries from John Ledwidge and Geoff Miles, one of which was converted by Bryn Snellgrove, wasn’t enough for the hosts.

Ramsey went down narrowly at Linley in Division Three.

A Sam Dummigan try, converted by Jake Green, put the hosts ahead early on and, although Ramsey reduced the arrears through two Fintan Cummins’ penalties, they couldn’t quite rescue the match despite sustained late pressure.