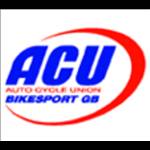 The Department of Tourism has issued the following press release this evening:-

The TT Co-ordinating Committee today ratified the senior positions for TT2008. The line up of officials combines the best personnel from ACU Events Ltd with experienced Manx officers.

Eddie Nelson, Assistant Clerk of the Course during the Centenary TT takes the role of Clerk of the Course. Eddie brings 20 years experience of running motorcycle events to the role, including many spent officiating in senior positions at the TT.

Two Manx officials with many years experience will be the Deputy Clerks of the Course. They will be Phil Taubman who has been involved in successfully organising the racing on the Southern 100 course for many years and Peter Cain representing the Manx Motorcycle Club and Andreas Racing Association.

In addition to which there are a number of local senior officials, with many years experience, appointed as Control Officers. These will include Les Doherty, Gavin Corkill, Phil Crimp, Andrew MacKay, Ian Morris MBE, Barry Skillicorn, John Simpson and Carole Sutherland.

Don Ryder will act as the ACU Ltd appointed Chief Steward, with Martin Moore and Geoff Karran of the Manx Motor Cycle Club fulfilling the other two Steward’s positions.

The Chief Technical Officers will be Dr Paul King and Trevor Shelton, both from ACU Events Ltd while Colin Hurst has been appointed Technical Steward. Colin has previous experience from a similar role in British Superbike and Moto GP.

Kevin Brookes, who was the Chief Timekeeper at the TT in 2007, has been reappointed to the position as has the MMCC and Southern 100 Chief Medical Officer Dr David Stevens MBE from Motorsport Medical Services. Allan Killip MBE and Manx Motor Cycle Club member Ned Bowers will combine the role of Chief Incident Officer. Both have previous experience in the role.

The success of the Rider Liaison role has seen a second appointment from the ranks of former riders. Former TT winner and Manxman Richard ‘Milky’ Quayle is joined by John Barton, who performed notably at TT 2007. Both are responsible for working with teams and riders, particularly newcomers, to ensure that they are able to focus solely on racing safely and successfully.

“I believe that these appointments will reassure people that we will be running a well planned, well organised TT races in 2008. We said when we brought ACU Events Ltd in to run the racing side of the TT that we would be looking to have a mixture of highly qualified Manx and ACU personnel running the races and that’s exactly what we’ve done.”

The supplementary regulations and entry forms for TT2008 are now available to download via the Official TT Web Site, www.iomtt.com or via the TT and Motorsport Office on 01624 686834 or iomtt@gov.im. Supplementary regulations and entry forms for the Lightweight and Ultra Lightweight TT Races to be held on the Billown Circuit will be available shortly.