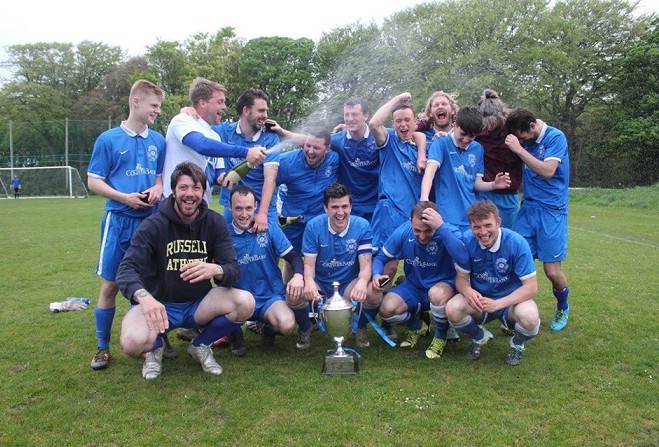 Thanks to a friendly against Douglas & District

Old Boys have been presented with the Combination One trophy but not without difficulty.

Last night's match at Ramsey Youth Centre was postponed as the home side were unable to field a team.

However, Douglas & District agreed to play a friendly at Blackberry Lane so the silverware could be presented.

Braddan can win the title next Tuesday with a win at home to Castletown.

A win at home to Ramsey Youth Centre will give them an unbeaten record of 23 won and one draw.

In Division Two, Braddan need to beat Champions Douglas Athletic to secure a top four finish and a place in the Paul Henry Gold Cup semi-finals.

Douglas Athletic will be out to finish their own unbeaten league campaign.