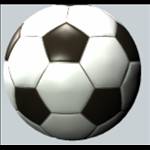 Old Boys’ dream start to life back in the top flight continued on Saturday as they came from behind to seal an impressive 3-2 victory over St Mary’s.

The Saints looked in control at the interval as they led through Martin Reilly’s opener.

However, two excellent strikes from Sean Gavin and a Craig Stewart goal kept Old Boys at the early summit of the Sure Mobile Premier League and left the Saints, who pulled a goal back through Frank Jones, suffering a second defeat of the fledgling campaign.

Laxey bounced back from their defeat at St George’s in style – defeating title rivals Peel 3-1 at Glen Road.

The Miners showed their credentials with goals from Ross Williamson, John Callow and Gary Williams to leave Marc Kelly’s reply a consolation for the westerners.

As rival sides continue to drop points, reigning champions St George’s maintained their 100 per cent record with a 4-0 home success over Rushen.

Goals from Craig Taylor, Johnny Baker (two) and Gavin Gawne secured the points for the home side.

Wayne Lisy was among the St John’s scorers.

Ayre United and Union Mills shared the points at Andreas – Chris Kelly canceling out Johnny Cowley’s first half opener for the home side to earn the Millers a share of the spoils.

Colby were the biggest scorers of the day as they demolished Jurby by an incredible 20-0!

In one of the highest scorelines ever recorded in Manx football, Furo Davies and James Cain were the stars of the show with six and five respectively!

Michael Baker and James Collett each hit hat-tricks, Matty Moore notched a double and Jonathan Paul also got in on the blitz.

The divisional goal glut continued at Groves Road as Pulrose won 11-0 against Douglas and District.

David Skillen was the main man yet again with five, while his strike partner Barry English hit four of his own.

Braddan secured their first league victory in almost a year with a 3-1 home victory over Castletown, for whom Peter O’Brien found the net.