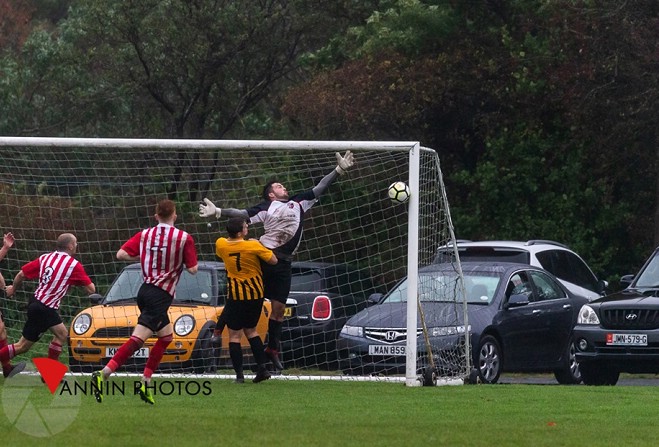 Rushen twice came from behind against Peel as the first Old Firm match of the season ended level at Croit Lowey.

Rhys Oates gave the visitors a first half lead after he converted a free-kick, before Jack Snidal's cross deceived Peel goalkeeper Owen Dawson and ended up in the back of the net.

Rushen's persistence paid off as Jamie Johnson equalised with three minutes remaining as both sides continue their unbeaten starts to the season.

In the day's only other Canada Life Premier League game, Laxey made it four wins in succession and maintained their 100 per cent record as they romped to an 8-2 victory away at Douglas Royal.

Jamie Callister scored the only goal of the first half as the hosts went in at the break a goal up, before Stephen Barbour and Andrew Crowe putting Ayre firmly in the driving seat.

Dempsey scored from the spot with time running out, before scoring a fantastic free-kick in stoppage time to set up a grandstand finish to the match.

Despite his Dempsey's best efforts, The Tangerines held firm to see out the win.