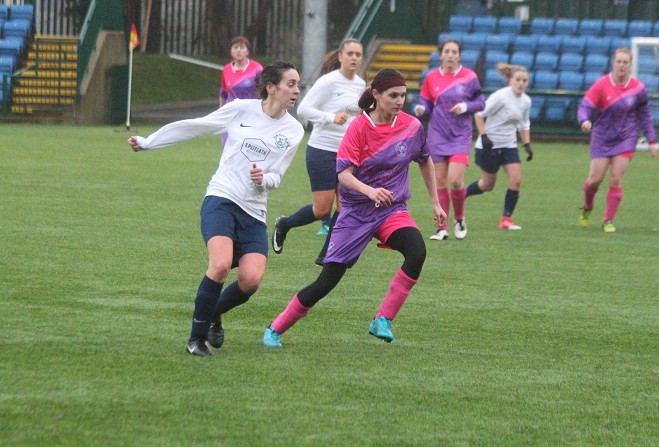 Royal and Corinthians to clash in showpiece

The 19th Nedbank sponsored Floodlit Cup Final will again be a Ballafletcher affair after Douglas Royal and Corinthians secured victories over Colby and Peel respectively on Sunday.

Two goals in a minute just past the half hour mark from Holly Stephen and Donna Shimmin put Royal in the ascendancy.

In the Peel – Corinthians clash, Jade Burden opened the scoring early on but the game remained in the balance until two goals in three minutes from Hattie Castle and Burden.

Lauren Christian rounded off the scoring and a convincing 4-0 win.

Sunday’s final (January 28) kicks-off at 2.45pm and will be the eighth time the sides have competed in the final.

Royal have won the trophy a record seven times with Corinthians triumphing on five occasions.