On Air Early Breakfast Chris Williams | 5:00am - 7:30am
Zoe - Sunshine On A Rainy Day Download 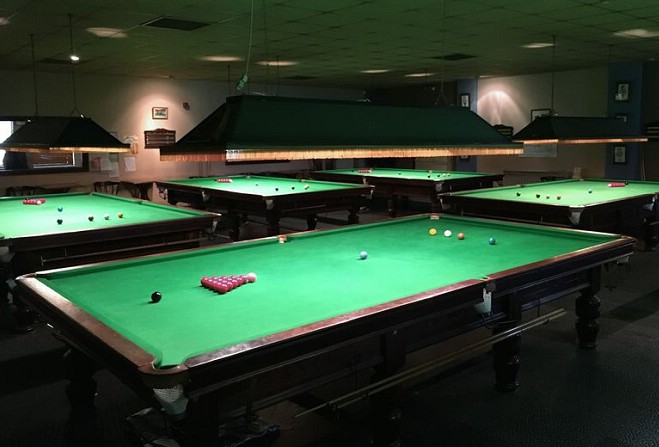 They have pulled out a healthy seven point lead at the top of the table, following a 4-1 win at home against Finch Hill 'Mob'.

The 'Mob' went ahead through Peter Kirkham, who had a break of 23, but Mike Doherty won by two points to level the tie before Peter Collister, John Kennish and Brian Howland all won for the northern outfit.

A break of 22 was not enough for Martyn Lean against Kennish, who also had a break of 20 - the reigning Island Champion now sits joint-top of the individual leaderboard on 12 wins from 17, tied with teammates Patrick Kerr and Peter Collister.

The 'Musicians' won 3-2 against Finch Hill 'Rockets' - Peter Glover, who had a break of 25, and Vinny Dale put them two ahead before Graham Ashton and Dollin Mercer drew the 'Rockets' level with wins against Nicola Young and Calum Gardner.

Lee Hunt beat Doug Kinrade in a scrappy but dramatic deciding frame, where Kinrade rattled a long black in the jaws of the bottom pocket leaving Hunt a tap-in for the frame and match.

Meanwhile the 'New Skool' twice went ahead away at Port St Mary Legion with wins for Benito Mungiovi and Sean Corkish, who had a break of 23, but the Legion fought back through Shaun Roberts and Phil Joynes, who scored the biggest break of the week with a 36.

Terry Boyle anchored well for the home side, beating Dan Crawley in the decider which takes the Legion joint-fifth in the standings.

Douglas Snooker Club 'Hurricanes' are one point behind the teams in joint-second after a 4-1 win away at Malew 1 - Nick Crouchman grabbed Malew's only victory with Paul Smith, Chris Dagnall, Lee Butterworth and Steve Munk all winning for the visitors.

Unfortunately it was a familiar problem for Douglas Snooker Club 'Bandits' who again failed to field a full team - the score would have been nicely poised at 2-2 against Peel Legion, but the westerners took the match with a walkover in the final frame.

Zain Abideen and Jamie Wilson put the 'Bandits' two-nil up before John Kelly and Geoff Hall levelled for the hosts, and Kyle Darby was the man with no opponent.

Finally, Douglas Snooker Club 'Wannabes' move out of the bottom three after a 4-1 win at home to Malew 2 - Mark Quinn started well for the visitors with a resounding 80-30 win against Steve Cowin, but Paul McKinstry, Fred Corris, Stephen Harvey and Dave Corris all won for the hosts.