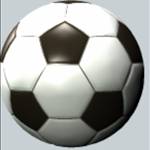 FA Cup holders Peel were given a real battle before overcoming the spirited challenge of Douglas Royal on Saturday.

Goals in the last 23 minutes from Kevin Megson, Gary Christian, Kerron Christian and Chris Hawke secured a 4-0 first round win and kept the westerners on course to retain the trophy.

Champions St George’s were also given a scare before seeing off Corinthians at Glencrutchery Road.

The Geordies, who were beaten by Corinthians in the league, sealed the tie with a late goal from Conor Doyle.

Martin Torr, Chris Bass junior and Callum Morrissey had put the Geordies 3-1 in front but Corinthians hauled themselves back level to 3-3 – thanks to Tony Edgar, Matthew Palmer and an own goal – before Doyle settled the tie.

St George’s will visit Gymns in the next round after they won 4-2 at Ayre United, courtesy of goals from Roger Davies, Gareth Gawne, Mark McCarrick and Nick Bowden.

Jason Craine and Steve Parrish found the net for Ayre.

Union Mills pulled off a fine 3-1 win at Laxey in the Sure Mobile Premier League.

There was drama and goals galore at Croit Lowey as Rushen and St Mary's drew 4-4!

Andrew Moody earned Rushen a point with an injury-time equaliser – all this, after the Saints had produced an excellent comeback, overturning a 3-1 half-time deficit to lead.

Lee Dixon, Frank Jones (two) and Johnny Myers, from the penalty spot, were the St Mary’s scorers, with Aaron Hawley, Jack Saxon and Neil Curphey the other Rushen marksmen.