Peel take on Corinthians in Hospital Cup first round 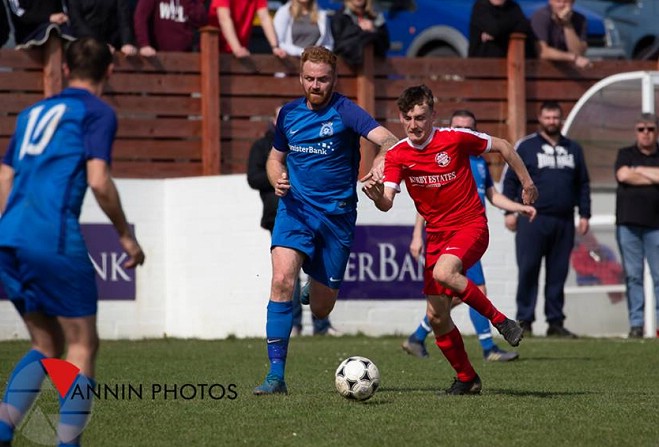 Peel and Corinthians meet for the second time in a week when they face off in this the first round of the Keystone Law Hospital Cup on Saturday.

In Tuesday's midweek clash at Ballafletcher, the Whites dealt a huge blow to Peel's title hopes as goals from Sean Doyle, Connor Gorman and Dan Simpson gave Corinthians a 3-0 win.

With the Canada Life Premier League trophy looking ever more likely to be heading to St Marys, the westerners will be desperate to add to the Railway Cup they won earlier in the season.

After falling at the final hurdle last season, 2018 runners-up Corinthians are keen to end their season on a high, making this the tie of the round at Douglas Road.

Holders St Georges are expected to progress comfortably when they travel to JCK Division Two outfit Governors Athletic, however, it was far from straightforward against second-tier opposition in the previous round.

Gymns forced the Glencrutchery Road side to extra-time, before Geordies' superior quality shone through.

Underdogs Foxdale will fancy their chances when they go up against top flight strugglers St Johns, and Marown host Ramsey Youth Centre in some of the weekend's other cup ties.

In JCK Division Two this weekend, Pulrose can move up to second if they can secure an away win at Michael, while Gymns entertain Union Mills.