Pulrose go top of Division Two as rivals slip up 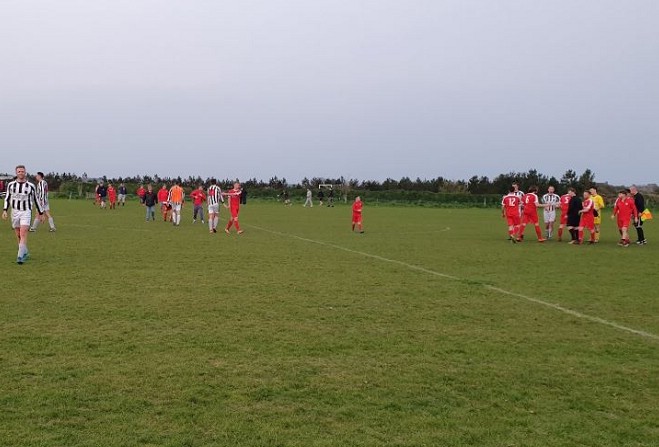 Pulrose moved to the top of JCK Division Two last night, thanks to a prolific pair of Priestnals and a slip-up by their title rivals.

Marc got the first after just six minutes, then scored another seven minutes from time.

Older brother and player-manager Stephen rounded things off with the third in injury time.

Youthie had led 2-0, thanks to goals from Marc McLurg and Daniel Sherry, but their fellow northerners hit back through Stephen Barbour, Dean Tate and Jamie Callister.

Elsewhere, Malew came back from 3-1 down at half-time against Foxdale to finish the match with a point.

Danny McLaughlin then hit a second-half brace to level the match.

Pulrose are top on goal difference, but have played one game fewer than Youthie, while Malew are in third, three points back and also with a game in hand.

Ramsey won 3-1 at Onchan to keep the pressure up on those at the top of the table.

Jamie Moffatt scored twice for the visitors, and Dylan Pickles hit the other, while Aaron Raby scored for Onchan.