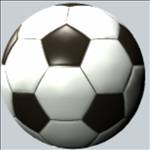 The side who narrowly missed out on promotion last season are determined to go one better this time.

And Pulrose United showed their intent with a 4-1 win at Braddan, courtesy of goals from Michael Dawson, the prolific David Skillen and Adam Stower (two).

Lee Ramsden was the Braddan marksman.

Marown won 6-0 at Douglas and District to indicate they could be in the promotion hunt - Paul Bratty, James Sharp, Ricky Lovett, Luke Wosser, Kenny McGuire, plus an own goal, sealed a convincing win.

Castletown hit ten to bounce back from their opening day defeat and bring Northern Athletic back to earth after their inaugural victory.

Ramsey Youth Centre, tipped by many to struggle, have a 100 per cent record after a 4-0 home success over Ronaldsway – Martin Murphy (two), Glen McGovern and Mark Faragher the scorers.

Robbie Jack netted a brace as Foxdale won 5-1 at Malew.

After a goalless first half, Aaron Costain, Mike Gale and an own goal completed the Foxdale scoring with Paul Willey getting the Malew consolation.

In the late kick-off, Dominic Dawson was the hero as Dougal Royal surprisingly thrashed the Police 4-0. Damien Beattie grabbed the other.