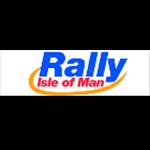 Next week’s 45th Rally Isle of Man has attracted more than 150 teams to the challenge of some of the fastest rally terrain in Europe.

Wexford driver Eamonn Boland will lead the main Isle of Man International Rally into action at tea-time on Thursday, July 17, in his Subaru WRC.

Boland and Damien Morrissey have a convincing lead in the Global Group Irish Tarmac Championship and maximum points would all but secure a first title.

Welshman Mel Evans and Limerick’s Sean Mullally, however, are seeking to complete an Island double, again in a Subaru, hoping to add the International to their Manx National title earned in May.

Then come the main protagonists in the Tesco 99 Octane British Rally Championship, headed by reigning champions Guy Wilks (Darlington) and Phil Pugh (Tywyn) in the first of the factory Mitsubishi Motors UK entries.

They’ll once again take on two of the Island’s favourite sons, Mark and David Higgins. Both are former champions and David tops the standings coming into the event in a Team TQ.com Subaru N14, the car entered by David’s own team.

The Isle of Man Historic Rally has attracted a stellar line-up too, led by five-time former British champion Jimmy McRae in a Porsche 911. Other former event winners on the list include the Porsche’s of Steven Smith, Adrian Kermode, Dessie McCartney and Dessie Nutt, the Ford Escort’s of David Stokes and Ian Corkill, and Glenn Leece with his Mini Cooper S.

The event also includes the Trophy Rally, where Rob Watson and Bruce Craig will bid for successive victories.

Renowned as one of the toughest events on the rally calendar, crews will tackle 23 closed roads stages between Thursday and Saturday afternoon.