Ramsey in doldrums after another home defeat 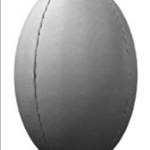 Tries from Steve Cleator and Dan Bonwick weren't enough to save Ramsey from their third home defeat of the season.

They went down 36-10 to third placed Ormskirk at Mooragh Park as the visitors kept their own promotion challenge on track.

There was a double blow for Ramsey as they also learned of a five point deduction for fielding an ineligible player earlier this season.

Douglas maintained their unbeaten run with a hard fought 25-6 win away at Oldershaw.

The game was tied at 6-6 for around an hour with two penalties from skipper Scott Goodall keeping Douglas in the hunt.

Vagabonds also kept their promotion push on track with a 29-5 win over Oswestry at Ballafletcher.

Vagabonds remain in fourth place in the table tucked in just behind Ormskirk, but crucially with a game in hand.

Vagas’ Ladies continued their winning start to the season with a narrow 15-14 win away at Liverpool Collegiate.

The win should send Vagas top of the standings for at least 24 hours, with their rivals not playing until tomorrow.