Rennie in action in Liverpool 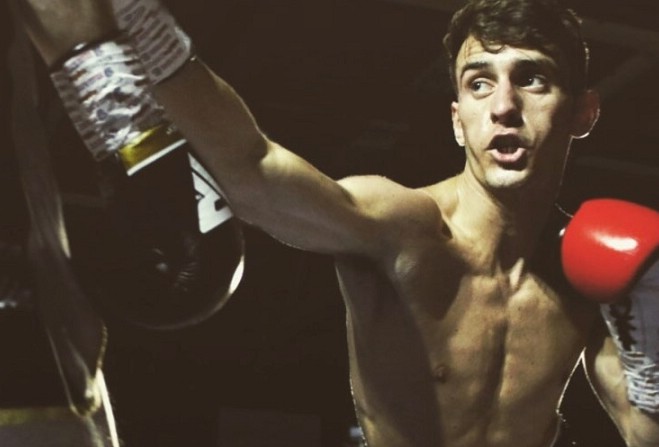 Manx boxer Mathew Rennie's next bout is this weekend.

He takes on Blackburn's Naheem Chaudry at the Greenbank Sports Academy in Liverpool tomorrow evening.

Mathew’s last welterweight fight, due to take place at Bowlers Exhibition Centre at the end of June, was called off, leaving him with an unplanned summer break.

He has been back training hard, both physically and mentally, ahead of this weekend’s match.

“After the cancelled Bowlers Exhibition Centre fight, I’ve spent the summer recharging my batteries and resting,” said Mathew, who has been back in the gym in preparation for his next fight.

“Training has been going well and has been the toughest mental test yet, but it’s been a great learning curve.

Speaking of Saturday’s opponent, Mathew said he has had 57 fights and hasn’t won many, but he can be an awkward opponent to parry and has never been stopped.

“We have been working on a few different ways on how best to manage his boxing style. He’s a very tough and durable fighter, but I’m hoping to stay focused and have a good four rounds to impress the crowd.”

After Saturday's bout, Mathew’s next one will be in Hull at the Bonus Arena on 26 October.