Rugby: Douglas edged out at Glossop 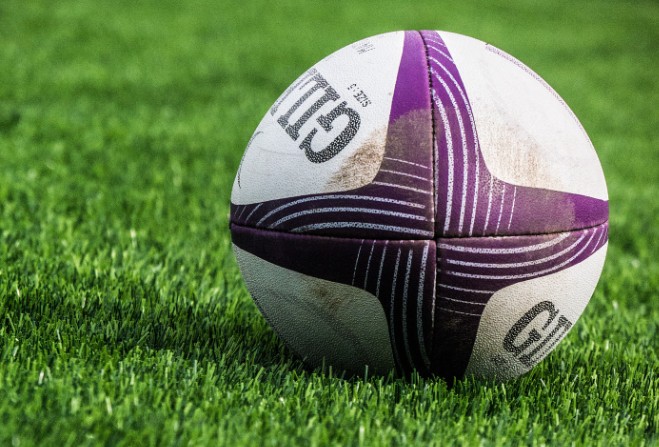 Douglas lost 28-20 away at Glossop in Regional 2 North West. A Chris Sonczak try and a penalty and conversion from Liam McGovern saw Glossop go 10-0 up. Luke Hyland hit back with two penalties for Douglas before a Zak Round try, plus another conversion & penalty combo from McGovern saw Glossop leading 20-6 at half time. Douglas dug their heels in in the second half and were rewarded with two tries from Max Morley-Green. Luke Hyland converted both of these to level the score at 20-20. McGovern added another penalty to retake the lead before Jordan Marshall snatched the decisive try to take the points and deny Douglas a losing bonus point.

New Brighton had won their last five matches on the trot ahead of this tie. They also have the tightest defence in the Counties 3 ADM Lancs/Cheshire and the most potent attack. Vagabonds were really up against it from the off and it was no surprise to see New Brighton come out 73-7 winners. The result leaves Vagas still eight points adrift at the bottom of the table and their only consolation is that both teams immediately above them also lost.

Big wins for Nomads’ Whites and Ramsey’s Blues saw a change at the top of the Manx Shield standings. The Whites moved into top spot when they beat Nomads Greens 59-24 at Ballakilley while at the Mooragh Park, Ramsey’s Blues beat their Reds 64-29.

Two early tries from the veteran Andy Lean gave the Whites an early lead. Tony Quinn pulled one back for the Greens but tries from Sam Kennaugh, Jack Sleight and Mike Evans restored the advantage. Quinn pulled another back but Keiran Maddrell went in at the other end and Andy Lean completed his hat trick. After conversions from George Callister and Sean Christian were tallied up the Whites led 37-14 at the break. In the second half Jon Jurczynski and Josh Smith added to the Greens woes and Lean bagged his fourth of the afternoon with Mark Young also picking up a score. Jack Wallis went in for the Greens but it wasn’t enough.

At the Mooragh Ivo Morrey opened up the Blues’ account. Brandon Atchison doubled the lead before Luke Ward pulled one back for the Reds with Atchison and Nathan Robson respectively adding conversions. Morrey’s second though, plus a try from Jake Richmond left the Blues 22-7 ahead after twenty minutes. Dan Richmond and Harri Radford then both added tries for the Blues before Connor Cracknell and Matt Meechan both hit back for the Reds to leave the Blues 36-19 ahead at half time. Meechan and Ward both added their second tries early in the second half to reduce the lead to just seven points. The Blues then cut loose. Jake Richmond grabbed his second Ivo Morrey completed his hat trick and the ever-present Atchison added two more to also bag three.