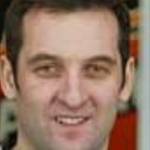 TT star Michael Rutter made history on Sunday by winning the Macau Grand Prix for a record seventh time.

He finished ahead of Ducati team-mate Martin Jessopp with another TT hero, Ian Hutchinson, taking third in his comeback race.

The Yorkshireman won all five solo TTs in 2010 but didn’t compete this year after sustaining serious leg injuries in a crash at Silverstone.

Ballymoney brothers Michael and William Dunlop finished 12th and 13th on their debuts on the 3.8-mile Guia circuit.