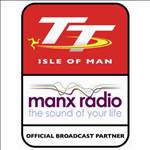 There has been a change to Thursday's rescheduled race programme on the mountain circuit.

The organisers of TT 2010 say roads around the course will close at 11.30am (11am over the mountain) as planned, but the first biking action will now be a practice for Senior machines at 12.15pm, followed by the Sure Sidecar TT Race 2, over three laps, at 1pm.

That will be followed by the four lap Monster Energy Supersport Junior Race 2, from 3pm, and the TT Zero clean emissions event, over a single lap, at 5pm.

Roads are expected to reopen at around 5.30pm.

Those three races were originally scheduled for today Wednesday, but were postponed because of the poor weather.