Shooting: Clague wins A Class in second round of Winter Series 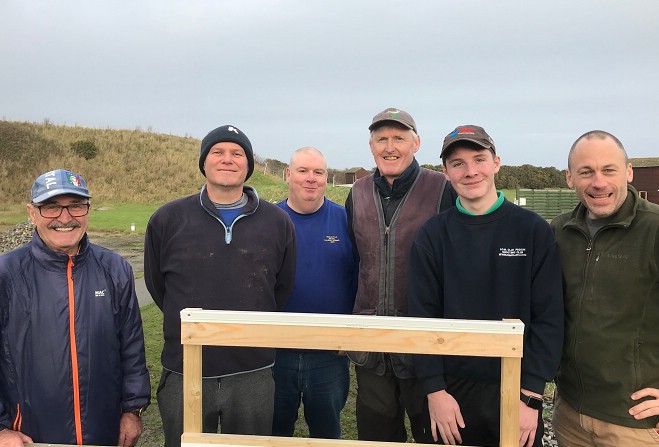 The second round of the Winter series Pro Sporting league and sponsored by
Creer & Kelly was held at Meary Veg Santon with 26 guns taking part in near
ideal conditions.

Before shooting commenced a cheque was presented to Ann Mills of Hospice IOM for £2368-84 which was raised at the clubs annual charity event.

The leader after the first round was David Clague with a 25 straight, only one behind on 24 were George Davies and Dave Corlett followed by newcomer Tom Kelly on 23 with Mark Riley, Alan Wade, John Moore, Ben Richards, and Stan Cross next on 22.

At the end of the second round, Peter Fabrizio finished in third place in C class with 35 points, in second place on 41 was Mark Barnett but taking C class with 42 points was junior David Cowin.

Will Rand was third in B class with 38 points with junior Arran Wade taking second place on 41, George Davies was first in B with 42 points.

In A class, Mark Riley and Alan Wade were in joint second place on 46 but the winner of A class with a fine score of 48 was veteran David Clague.

Next week is the second round of the Utopia Hair Salon English skeet league.