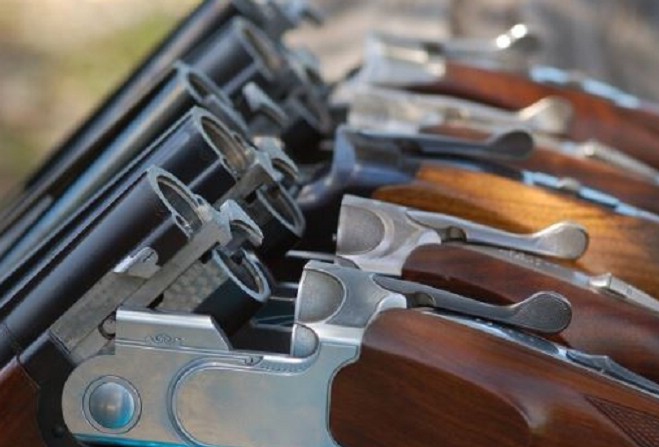 The second round of the Winter series Pro Sporting league sponsored by Brian Faragher was held at Meary Veg Santon  with 23 competitors taking part in dry but cold conditions.

The joint leaders after the first 25 were A class shooter George Davies and B class shooter Peter Kelly on 24 ,in third place on 23 was A shooter Dave Corlett. Peter Fabrizio was the leading C class shooter on 19.

After the second layout in C class lady shooter Nicky Barnett was in third place on 27 with Alan Wright taking second place on 29 but taking C class by nine points was Peter Fabrizio on 38.

In B class Will Rand was in third place on 43 with Peter Kelly taking second place on 44 but winning B class with 45 points was Paul Mihailovits.

In A class we had a tie for second place between Dave Corlett and John Moore who both shot 43 but the winner of A class and overall highgun was George Davies on 46.

Next week is the second round of the Utopia hair salon Winter series English skeet league followed by the AGM of the club at approximately 1 p.m.