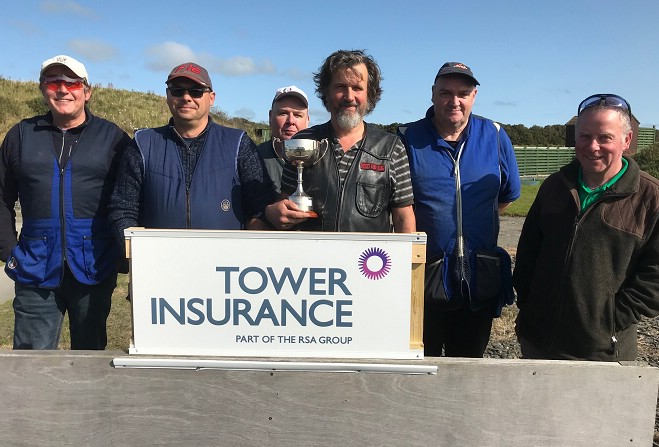 The fifth round of the Tower Insurance DTL league was held at Meary Veg Santon with 22 competitors taking part in near ideal conditions, which also had The IOM Goat Highgun Cup up for grabs.

The leader after the first round was Mike Walker with 72 points, in second place on 70 was Stan Cross with Arthur Stepka and Alan Wade next on 69 followed by Peter Kelly on 68. After the second round in C class, Rob Corlett finished in third place on 112, with Richie Radcliffe taking second place on 114 and one point ahead on 115 was Jamie Hancox, who won C class.

In B class, Dave Corlett was third on 127 with Mike Parr taking second place on 128 but the B class winner with 133 points was Stan Cross.

Alan Wade was third in A class on 138 with Arthur Stepka taking second place on 139 but the winner on 140 and taking the highgun cup was Mike Walker.

The fifth round of the Sadler Agricultural Supplies ABT league was also held. The leader after the first round was Peter Kelly with 22 points, in equal second place on 21 were the Wade boys Alan and Arran with John Moore next on 19. After the second round Arran Wade repeated his first round score to finish in third place on 42 with dad Alan hitting 23 to finish in second on 44. Top of the pile with 45 points was Peter Kelly.

In the afternoon, the fifth round of the Manx Petroleum’s Olympic skeet league was held. At top of the class was James Bradley with 47 points with Dave Clague second on 44 and Dave Corlett third on 42. Stan Cross was forth on 40 with Ted Davis fifth on 37. Rob Corlett was sixth on 26 and Will Rand seventh on 22.

On the Saturday, a 100 bird selection shoot was held with Dave Clague taking the highgun with a well shot 94, which is a qualifying score for Island selection. James Bradley was second on 81 with Ted Davis third on 80.

Next week is a 100 bird sporting selection shoot, entries close at 10am. Duty officers this week are B Faragher & R Moore Peter Kelly.