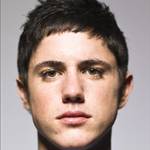 Kennaugh was outsprinted by teammate Geraint Thomas who will have the honour of wearing the British Champions' jersey in the Tour de France which starts this weekend.

Kennaugh on the podium for the third year in a row after 180km of racing.

The race was dominated by Team Sky riders. Ian Stannard was third.


Tim Kennaugh, competing for the under 23 title, was 20th.