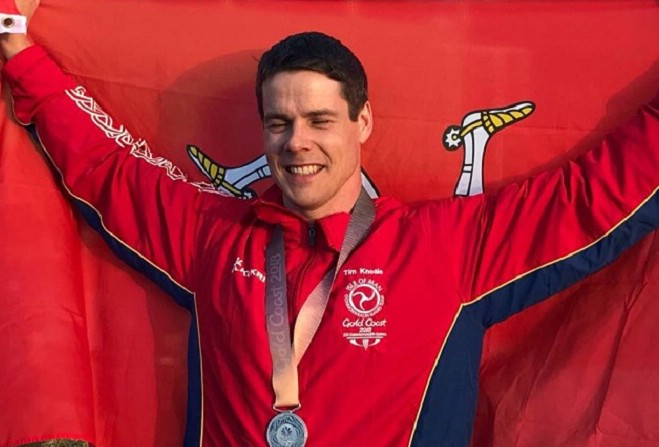 Island shooter Tim Kneale has been named the 2018 Isle of Man Sportsman of the Year after his success at last year’s Commonwealth Games.

He overcame a setback at the Rio Olympics to take a silver medal whilst representing the Isle of Man in the double trap on Australia’s Gold Coast.

The award came as Manx athletes were honoured for their achievements over the last 12 months in a packed Villa Marina.

Charlotte Atkinson - who only narrowly missed out on a medal success in Australia herself - picked up the Sportswoman of the Year accolade for the third year running.

The swimmer was a fraction of a second away from a top three finish in both the 100m and 200m butterfly events down under, but has become one of the most prominent sports stars on the Island.

Her ability has made her a key contender for a Team GB place when the Tokyo Olympics come around next year.

Rugby player Bevan Rodd and cyclist Amelia Sharpe won the Under-21 Sportsman and Woman of the Year honours respectively, whilst Sam Brand scooped the Isle of Man Sports Ambassador gong.

The ceremony’s other winners included the Island’s senior netball team - who contested their first ever international tournament in 2018 - as they received the Team of the Year award.

Despite a night of celebration, there were also emotional scenes as Leonie Cooil, Chef de Mission of Team Isle of Man at the Commonwealth Games, was posthumously presented with the Lifetime Achievement Award.