Snooker: Rockets snapping at the heels of Blinders 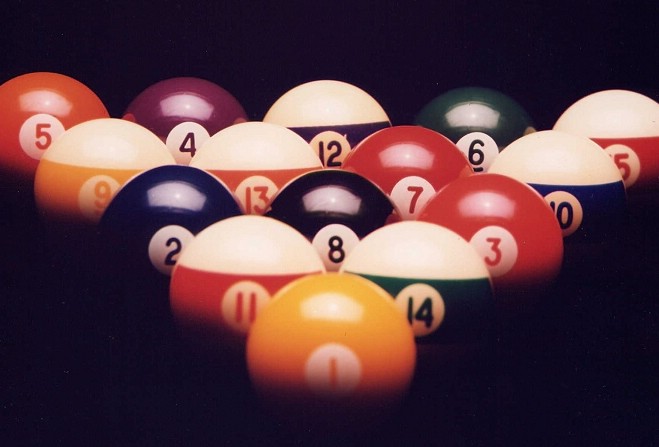 Four of the top six teams were in action on adjacent tables at a busy Finch Hill in week 8 of the Macs Builders Merchants Snooker League.

Blinders showed their title credentials with a good performance against the Mob. Peter Kirkham 60-86 Scott Campion, Kirkham never quite threatening Campion’s 56 start. Steve Finnegan 30-71 Calum Gardner, a 29 break from Gardner, the best in another very mediocre week for high breaks proving the difference. Lee Hunt 58-46 Ivan McMaw was settled on the black. Tom Miller 70-113 Brandon Forrester, Miller fought hard with an effort of 21 but had a mountain to climb with his opponent having a 42 start and also playing well. In a quality final frame between Peter Crellin and Martin Rigg, Rigg seemed to have done enough but Crellin got the snooker required on the pink and cleared up to earn the Mob another consolation point, 84-80.

The table at PSM has just been recovered and is ‘beautiful’, but the Rockets found it more to their liking. Marc Morley 48-28 Johnny Hogg, a slow burner this one with the pink and black safe for most of the frame. Morley managed to get ahead taking a few good blues whereas Hogg potted seven single reds before potting the black with his 8th red to get back in the frame. Sharing the early colours Hogg needed a snooker on the pink after Morley drilled in an excellent long brown and blue. Despite some decent snooker attempts Morley took the pink to confirm the win. Phil Joynes 55-65 Marek Kenny, Joynes seemed to be edging it but went in-off the last red. Kenny got the colours down to the blue leaving Joynes needing a snooker on the pink, this he achieved and also potted a superb pink but after a few exchanges Kenny took a good black to claim the frame he should have won much earlier. Dave Pickersgill 46-47 Graham Ashton, a great battle with some good long pots and safety from both, Pickersgill having the best of a few small breaks. Ashton got the snooker he required with four colours left and finished off with an almost straight pink, a foot from the yellow pocket with cue ball just off the black cushion. He wasn't helped having his cue hitting the window sill, but still potted the pink with enough strength to bounce the white off the cushion to leave a fairly easy black into its own pocket with the rest to win by a point, a memorable comeback for Ashton. Matthew Astill 44-53 John Spellman, Spellman was his usual steady self after a slow start and Astill got some good reds without colours. Spellman almost got caught out at the end missing a few balls as Astill rallied, but he held on to win on the pink. Terry Boyle 29-63 Marc Bolton, Bolton played steady and Boyle never really got going, needing snookers on the colours, well done to Bolton who won his first league point.

The Musicians chalked up another win making it six from seven. Peter Collister 60-42 Don Humphries, a 24 break from Collister helped him to a 17 lead with 18 on. Humphries had hung in well but in a moment of confusion, having potted the final blue assumed he needed snookers and tried to play safe off a pottable mid range pink with black over a middle bag. Collister took the pink to win. Mike Doherty 58-27 Barton Beaumont, not a lot went Beaumont’s way and Doc, with some firm pots to the middle bags was always in control. When Beaumont did eventually get a colour, his celebrations were cut short as the pink was re-spotted which snookered him on the last red. Doc sealed matters with brown and blue. Vinny Dale 65-56 Mike Crook, turned into something of a thriller as Crook came from 30 points adrift to take it to the black. Dale had earlier made the cueball ‘banana’ in several directions with a shot which was a mixture of Alex Higgins and J R Hartley! Dale held his nerve to finally sink a tricky black whilst having to use the rest. Vic Rigby 87-25 Geoff Hall, Hall was never seriously involved and seemed to be facing a snooker every time he came to the table. Rigby picked off anything going and then ran for cover to great effect. Peel’s sole consolation came in the final frame, Matthew Dodd 22-60 John Kelly. Dodd normally brings out his ‘A’ game for Peel and bangs them in from anywhere, but not tonight. His best attribute were his snookers but Kelly did very well to escape most of them and grew in confidence the further it went. Dodd continued looking for snookers late on, despite his captain trying to throw the towel in!

After a slow start to the season the reigning champions have now won three of their last four by this scoreline and left Jacksons still looking for their first victory. Lee Gale 23-50 Dave Kelly, Kelly shot off to a flyer potting strongly, but no big breaks, finishing his frame in less than fifteen minutes! Paul Kell 82-36 Paul Smyth, Smyth couldn't hold back his opponent, despite the handicap difference. If he left a very tough ball on after a safety, Kell just kept potting them. Smyth soon needed snookers and the handshake came. Kam Virk 34-42 Adam Blake, Blake was the performance of the night. Some nice long pots and stringing a few together. Even an intentional full ball swerve to pot the brown when snookered helped him to the win. Dave Cavanagh 38-72 Darrell Thacker, a few firm pots from Thacker had balls opened allowing him to pick his opponent off for the win. Richard Hillier 67-84 James Kerr, Kerr started well chipping away at the handicap, catching up quickly, and secured the win on a pink left over the pocket after a failed safety attempt.

Malew took the win with the first three frames in this basement battle. Eric Drinkwater 65-40 James Teare, both players found potting to be difficult, it was a case of who made the fewer mistakes and in the end it was Drinkwater who took the point. Tony Pring 67-64 Steve Cowin, after a nervous start both players managed to play some good snooker, but as in the first frame there were quite a lot of missed pots and it was the Malew man that crawled over the line on the black. Alec Oates 67-40 Paul McKinstry, as if the 49 start wasn't enough, Oates decided to give McKinstry an extra four points by following the first pot into a corner pocket. With the aid of some fluked pots and one or two lucky snookers it was Oates that came away with the honours. Wannabes didn't fold completely though and took the last two frames courtesy of the Corris boys, David Quayle 34-57 Fred Corris and Mark Quinn 40-68 Dave Corris.

Calum Gardner takes over at the top of the individual league from Paul Tangeman with seven wins from eight. Tom Miller, on 13 points takes a half point lead in the high breaks league from Darryl Hill.

Week 9 sees the Blinders having their bye. Both joint second teams have home fixtures, Rockets vs Malew and Newbys vs the Musicians. The other ties are Wannabes vs Hurricanes, Reprobates vs Jacksons, Peel Legion vs the Mob and St Olaves vs PSM Legion.