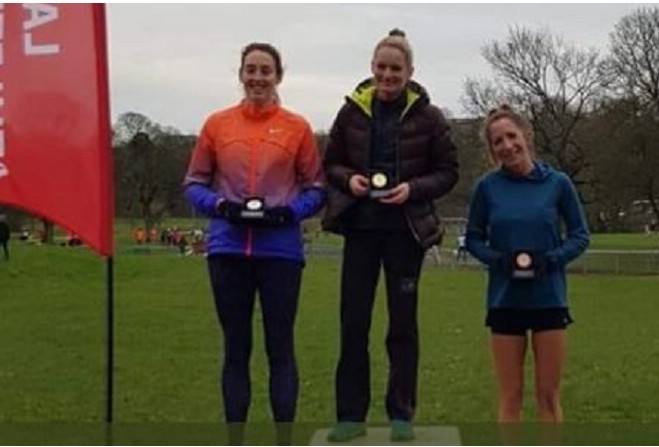 Rachael Franklin (left) on the podium

Gold for team, silver for Franklin

There was individual and team success for the Isle of Man at the Lancashire Cross-Country Championships in Blackburn today.

Rachael Franklin finished second, Karen Shimmin eighth, Elissa Morris ninth and Gail Griffiths tenth (who won her age group again), which was enough for the women's team to claim gold for the sixth year in a row.

In the men's race there were two top-ten finishes: Alan Corlett was the best-placed Manx finisher, coming home in eighth, and David Mullarkey finished tenth, which was enough for him to take silver in the under-20 category.