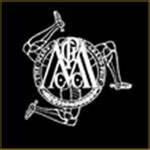 The 2011 Manx Grand Prix Festival finally got under way last night (Monday), after the cancellation of Saturday's first practice due to rain.

The session began at around 6.35pm, following a short delay while marshals were moved into position.

The 53 newcomers were first away from Glencrutchery Road on a speed controlled lap in conditions described as good, with dry roads all round the mountain course.

The session began in earnest for the Senior, Junior and Supertwin riders at around 7pm. Andy Fenton clocked the fastest time of the night in the Juniors on his opening lap, at 113.86 miles an hour, with Paul Smyth (112.470) and Alan Jackson (111.407) second and third fastest respectively.

TT riders Chris Palmer and Roy Richardson were the fastest two in the 350/250 session, and Steve Linsdell on a 1970 Royal Enfield Seeley and Mark Herbertson on a ’69 Matchless G50 were the top two in the Classic 500cc.

Practicing continues this evening (Tuesday), weather permitting, with the Classic, Classic Superbike, Junior Post Classic Lightweight and Newcomers B due to start their session at 6.20pm, and the Senior, Junior, SuperTwin and Newcomers A scheduled to go out at 7.05.

Roads are due to close at 6pm and open no later than 9pm, and Chris Kinley will be reporting on the action live on Manx Radio, from just after 7pm.