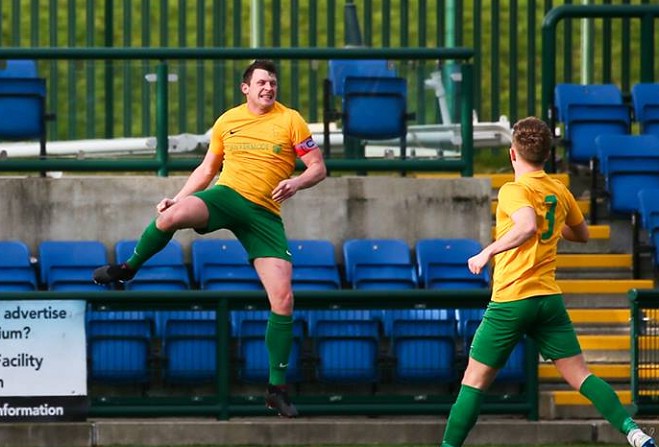 Captain Frank Jones put in a man-of-the-match performance as his St Mary's side put five past Peel in a huge game at the top of the Canada Life Premier League.

The former St George's man opened the scoring, with goals from Josh Thomas, Jordan Cooper and a brace from Sam Gelling sealing a 5-1 victory for the Saints.

A Jack McVey own goal in the second half proved to be only a consolation for the westerners, who were top of the table at the start of play.

Alex Harrison's Marys now occupy pole position in the title race, with a superior goal difference and a game in hand with just five games to play.

All is not lost for Peel, who are seeking their first league championship in 17 years, but the odds are now firmly stacked against Steve Falconer's side - who face both St George's and Corinthians in their end-of-season run-in.

Kerron Christian will miss at least one of those matches, however, after he received a second yellow card late in the game at the Bowl as Peel finished with ten men.

At the other end of the table, it was a brilliant day for Laxey as they came from behind to pull off a shock win at home to Rushen.

Trailing 1-0 at the break after a Josh Kelly strike, but Harry Walters restored parity and Joe Walters put the Miners 2-1 to the good.

Adam Cregeen then equalised for the visitors before George Burrows scored the fifth and final goal of a thrilling game to give Laxey all three points.

The 3-2 victory narrows the gap between themselves and the sides above them, following defeats for Castletown and Marown.