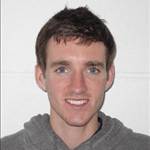 Manx distance runner Keith Gerrard has been included in the Great Britain squad for the European Athletics Championships in Helsinki at the end of next week.

The Isle of Man Sport Aid and RBS scholarship-supported athlete will line up in the 10,000 metres on Saturday, June 30.

A provisional squad of 109 athletes has been assembled, although any track competitors who've already gained automatic qualification for Team GB will be de-selected, in order to focus on their preparations for the Olympic Games.

Keith has not done so as yet, and is unlikely to run the 10,000m at this weekend's Aviva 2012 Trials, after which the Euros squad will be finalised.

He is also one of only two 10,000m runners picked for the squad, and fully expects to go to Helsinki.