On Air Night Flight | 1:00am - 5:00am
Thunderclap Newman - Something In The Air Download 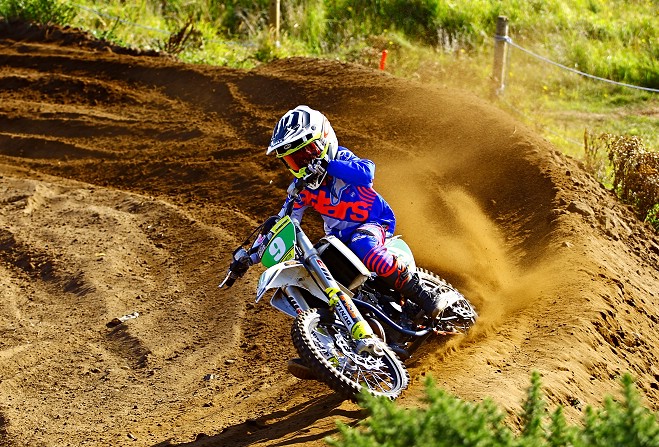 A big and rather noisy crowd gathered on the crest of hill, which overlooks the smaller track. Parents and friends were out in force to support the pocket rockets and they both put on quite a show!

The 65cc class saw Toby Lang take the overall and continue his impressive form winning 2 out of the 3 races. However, the class saw a new winner in southerner Marley Meechan, taking his first win in race 2 and taking 2nd overall. Herbie Hampton-France rounded off the top 3 and kept going, even after a nasty looking race-start spill.

In the Autos, Stanley Dentith continued his dominance and Sunday’s result meant a season long unbeaten record. Riley Faragher took 2nd overall much to the delight of his supporters! Connor Mciver rode well all day and took 3rd overall from Leo Gray in 4th (also with a fan club) and Lucian France rounded off the top 5.

The final round saw an impressive ride from Callum Christian to take the overall win, with 2 wins and a 4th in the last race. Josh Blackley rode well but couldn't quite match Christian’s consistency. Travis Meechan joined the party late with falls in races one and two before finally waking up for the final race and taking a win. The ‘nature boy’, Alfie Mathieson-Nelson, had an impressive ride and has proven himself as a front runner and one to watch for next year.  Sean Crone continues to chip away and we are sure he will soon arrive as a front runner. Harry Shand had no luck with running out of fuel in the first race and a silly error in races two and three. Finally, Max Hitchen, who only completed one race due to spectacular off in race two.

Luke Saunders was back after sitting out the last round due to injury, however his comeback would make no difference to the result. Willistons Beau Brown was in complete control, with a motocross masterclass taking all three wins on his KTM 85. Liam Smith did all he could to go with Brown but struggled to match his blistering pace. Saunders and Ethan Blackley were also on it but just no match on the day. The event also saw Ryan Christian ride one his best events of the year and is likely winner of next year’s class. Ryan Herdman impressed too with his jumping!

This class is hotting up and is tipped to be one of the most of exciting classes of the club with ruck riders due to move up and the class welcoming new riders. Straight out the blocks again was the ever impressive Ryan Quirk, again Jack Keenan and Grant Skeoch chasing him down, with Jacob McCanney getting ever closer to this leading trio. Quirk took the wins in races one and two, but his event came to a premature end with huge crash on the first lap of race 3. This DNF allowed Keenan, Skeoch and McCanney to get the top 3 with Quirk having to settle for 4th. The class also welcomed local top MTB Enduro Rider Jacob Meechan on his new Yamaha YZ125, soon joining him is another top MTB rider Liam Oleary. Great to see riders transitioning two wheeled sports.

The club welcomed healthy numbers in the adult class with a not so healthy-looking Max Ingham sporting superficial injuries from an MTB incident. The paddock also welcomed the injured centre champion Ryan Cringle. Once again, the days racing saw Ingham dominate proceedings with a flawless performance taking the win. Cringle too was impressive considering the knocks he was carrying and grabbed 2nd. Jordan Corkill and Liam Crellin looked set to have a bit of a ding-dong but unfortunately Crellin picked up a knock in race one leaving Corkill to take the spoils in 3rd.

Saturday, 7 November 2020 will be the presentation evening.