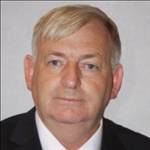 The constituency of Onchan has its first candidate for September's general election.

David Quirk has announced his intention to defend the seat he claimed for the first time five years ago, after a number of unsuccessful attempts.

In 2006 he polled 16 per cent of the vote, and finished third in the poll, behind Peter Karran and Adrian Earnshaw.

Mr Quirk is married with a grown up daughter and is a former member of Onchan Commissioners.

As usual, he is standing as an independent candidate.