Tierney back after injury lay-off 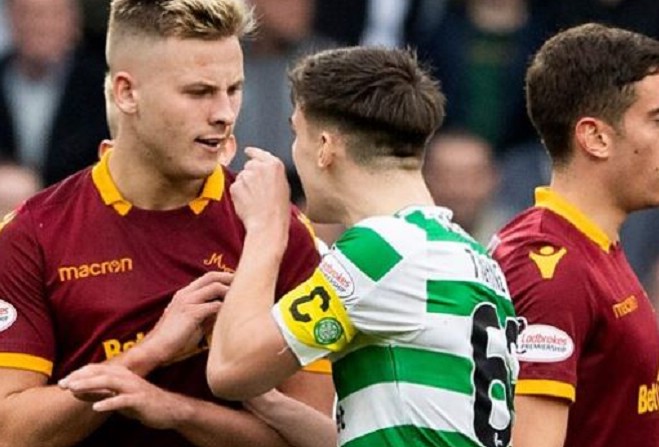 Celtic's Kieran Tierney made his first appearance of the year in a 4-1 win against Motherwell at the weekend, following a long injury lay-off.

The Manx-born left-back had been out since December with a with a hip injury, and captained the side on his return, in the absence of suspended skipper Scott Brown.

And he had a few choice words for 18-year-old Motherwell debutant James Scott, after their goal came in controversial circumstances.

Celtic put the ball out so a player could receive treatment, but rather then returning it to them following the restart, it was thrown past Tierney to Scott, who ran down the pitch and took a shot, the rebound of which was tucked home by Gboly Aribiyi.

That made it 2-1, but Celtic's added a couple more before the final whistle to seal a comfortable win.

Celtic sit eight points clear of their Old Firm rivals Rangers at the top of the Scottish Premiership.