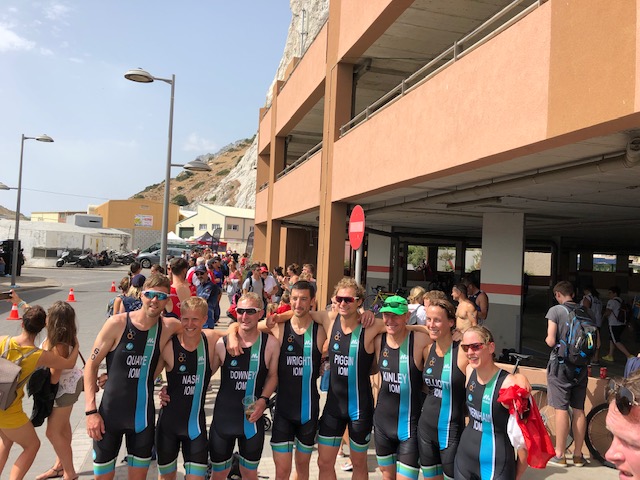 It was a successful start to the first day of competition at the 2019 Island Games as both the men's and women's triathletes were among the medals for Team Isle of Man.

William Draper battled a series of problems as he recovered incredibly well to seal a second-place finish, while Lynsey Elliott powered through the mid morning conditions to cross the line in third.

With eight participating in the men's event, the Manx athletes earned themselves a top three finish in the team standings, with a combined time of 6:43.21, putting them behind Channel Islands Jersey (first) and Guernsey who took silver.

Carrie Wernham was the only other female competing for the Isle of Man, which meant the women weren't entered into their respective team event.

Draper was the first Manxman to finish the gruelling contest, but told Manx Radio Sport afterwards his chain came loose on his bike in the cycling section - that after he began the race by swimming in the wrong direction.

Nevertheless, he dug deep to take silver behind Joshua Lewis of Guernsey and become the Isle of Man's first medal winner of the 2019 Games.

It didn't all go smoothly for Elliott either, after she came off her bike and suffered minor cuts to her arm before embarking on the long-distance run.

She was delighted at the finish, revealing her aim was always to place in the top three and build on the sixth place she achieved in Gotland in the last Island Games two years ago.

This was the reaction of the medal winners after they crossed the line: