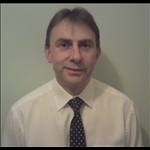 As the United Kingdom prepares to lift a 140-year ban on allowing prisoners to vote, the Isle of Man can celebrate being ahead of the game.

The UK government has been forced into the position by the European Court of Human Rights, as failure to lift the ban could have resulted in multi-million pound legal claims.

The move is being applauded by prison reform campaigners who say it's long overdue, but on the Island prisoners have been able to vote since 2006.

Deputy governor of the Island's prison Nigel Fisher says some inmates voted by post in the general election that year, but others were taken to polling stations.

However, in the 2011 election, they will all use postal votes: