Valkyrs and Vikings to contest final 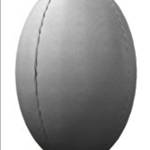 Wi-Manx Mixed Cup holders Valkyrs A are back in another final.

A goal in each half from Gareth Morris and Leanne Prescott fired them to a 2-0 victory over league champions Bacchas A to book their place.

They’ll meet Vikings A in the final after they turned on the style to defeat Ramsey A 8-0.

Doubles from Andy Harding, Juan Corlett and Dave Millward, plus one apiece from Kim Carney and Dave Killey, sealed a comprehensive victory.