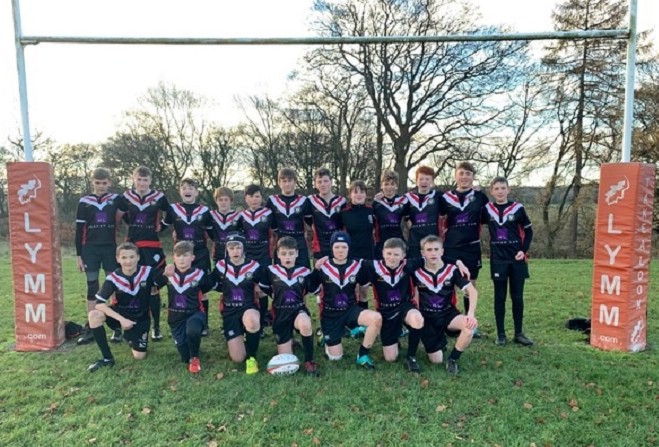 43-10 loss to Lymm in first round of Junior Cup

Western Vikings under 14s team gave a good account of themselves, but failed to come home with victory in the first match of this season's Cheshire Junior Cup.

They lost 43-10 to Lymm, a club which runs six senior teams and a full range of junior sides, with the first squad currently playing in North Premier - the fifth tier league in the English rugby union system.

Two early tries for the home side made the task more difficult for Western Vikings, however a try from Man of the Match Zac Novak made it 19-5 at the break.

Two further tries for Lymm saw them reach 31-5 with 20 minutes to go, before pack leader Jed Snell smashed through the home defence for Vikings’ second try of the game.

However, injuries and tired bodies saw Lymm score again late on to seal a comfortable win.

The result means Vikings now drop down to the second-tier Cheshire Plate competition, to be held in January.

Western Vikings would like to thank the parents, coaches and supporters who made the trip over to support.

This competition is not subsidised by the RFU, so the club has to rely on fundraising to make the travel costs affordable.

If any businesses wish to support junior Manx rugby with this financial burden, please contact Club Secretary Chris Horton on 426593.