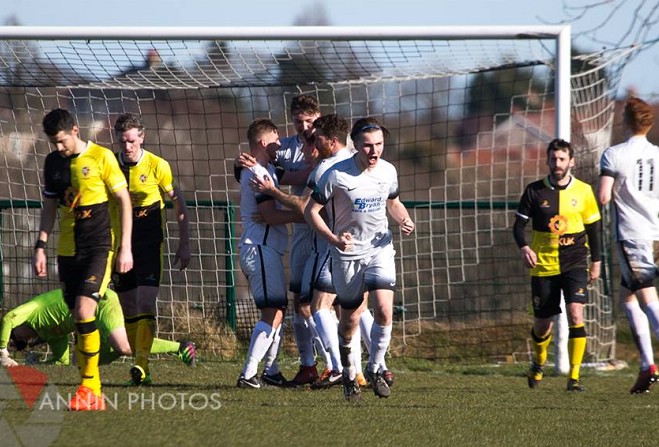 Corinthians are through to the FA Cup Final for the first time since 2002.

A late header from Stephen Whitley secured a 2-1 victory over St George’s at Ballafletcher on Saturday and an Easter Saturday date with Peel who edged out western rivals St John’s in the other last four tie.

Premier League leaders Corinthians made a dream start against the holders when Sean Doyle headed home a 12th minute opener.

The lead didn’t last long as the Geordies levelled within eight minutes through Chris Bass junior.

It stayed that way until the very end and extra-time loomed when Whitley nodded home a corner to send the home fans into raptures.

St George’s had two goals disallowed, the second controversially ruled out in stoppage time, which ended the champions’ superb run in the competition.

Next week’s showpiece of the Manx season will be the first time St George’s have not featured since 2011.

His spot-kick 16 minutes from time won the tie for the 2016 winners.

Both sides had been reduced to 10 men early in the second half with Danny Lace and Jonny Holland both sent-off after picking up second yellow cards.