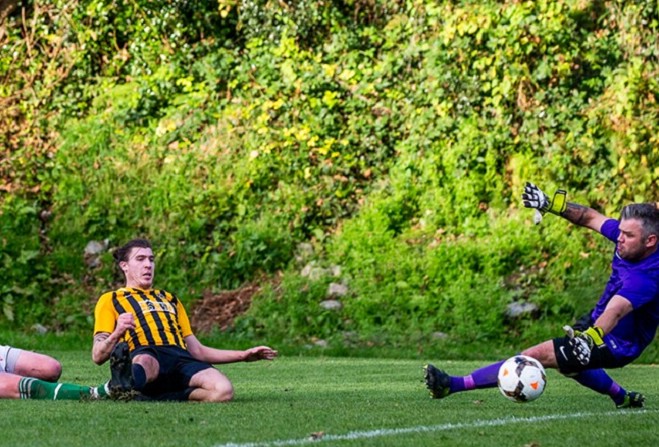 Mike Williams struck in stoppage time as Rushen ran out 4-3 winners away at Laxey to inflict the hosts' first defeat of the Canada Life Premier League season.

Ryan Crawley, Matty Lamb and Steve Riding were also on target as The Spaniards secured all three points in the closing stages.

They had led 2-0 up at one stage, but Jordan Cooper's hat-trick for Laxey had set up a grandstand finish at Glen Road.

Defeat ends The Miners' perfect start to the campaign which saw them win four in succession, Rushen move up to third.

Corinthians saw off Ramsey 2-0 at Ballafletcher with Luke Murray and Sean Doyle on target for The Whites, Douglas Athletic triumphed 4-2 over Marown and Old Boys sealed maximum points with the same scoreline away at Pulrose.