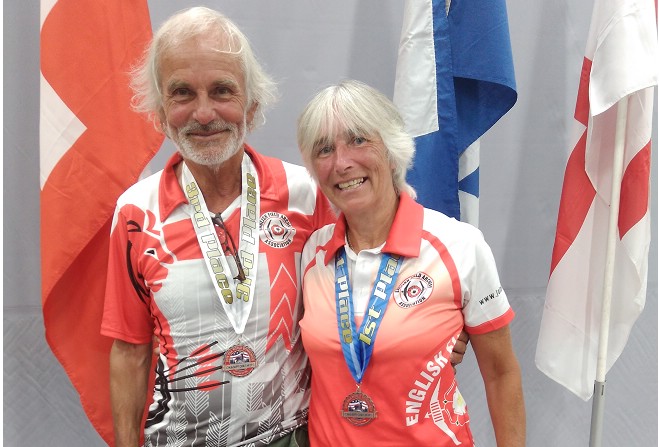 Isle of Man archer Lesley Sleight has added another title to her collection after becoming a world champion.

The courses were extremely challenging, situated in a steeply wooded state park complete with wild deer and flocks of turkeys.

The competition was over four days.

Lesley was joint-first going into the final day with Morena Vecchi from Italy, with Clemintina Guechewski from Brazil just a few points behind.

Lesley and Clemintina swapped leads throughout the day, but it was Lesley who clinched the world title on the final arrow, winning by just five points.

Lesley broke the English record for the unmarked 3D standard round, taking the adult and veteran record by 10 points.

She also put in personal best performances in the unmarked animal round and 3D hunting round, the latter by 100 points.

Rodger also had a battle on his hands in the Senior Men's category; he had been in second place throughout the week but on the final arrow he was pushed into bronze by Schorno of Switzerland, with just 12 points seperated them at the end of competition.

Rodger also put in a personal best score on the unmarked 3D standard round by 100 points.

Lesley would like to thank Isle of Man Sports Institute for its support.